I was looking through some old writing I’d done and found this review I wrote on the 2016 Laika movie, Kubo and the Two Strings. I figured it was worth publishing here as well.

Aside from a few very glaring typos, I’ve left it largely unedited. It’s interesting to see how my writing style has changed over the years, especially in terms of delivery! 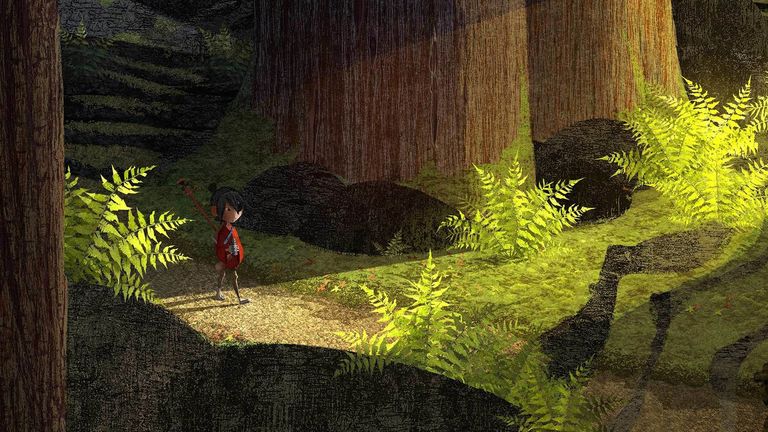 Starting off, this movie is undoubtedly fueled first and foremost by its excellent visuals. Whether in the middle of an action sequence or in more casual moments, every frame feels lovingly crafted by the animators at Laika, and guarantees that every audience member will be enthralled and enraptured from the opening monologue to closing shot. Underlying the whole movie is a complementary soundtrack, well written enough to stand on its own and helping flesh out this movie as a whole.

Storywise, I thought the plot developed logically and maintained a largely consistent pace. While no moments had me on edge, it managed to keep me engaged for the full duration. Ultimately the ending was what felt like the major letdown for the film. While it was well executed on an emotional level it was soured by cliche, and finds little salvation in its final shots for viewers seeking a fulfilling conclusion.

Character dynamics were entertaining to say the least. Whether it was Monkey’s (Charlize Theron) compassionate yet firm nature or Kubo’s (Art Parkinson) goodwill, it was easy to be drawn in and become attached. Beetle (Matthew McConaughey) provides decent though somewhat excessive comedic relief, but Monkey’s dry humour balances this out. I personally would have enjoyed seeing a greater number of 1-on-1 dialogues, but time as always is a constraint to storytelling, and director Travis Knight has succeeded in making sure that no character is greatly lacking in depth.

Until roughly past the first half, there is a clear underlying theme that I thought added a nice undercurrent to the tale. However, I was irked when it linked in with a major plot twist, which I felt was somewhat unneeded. What I had thought was imagery speaking to more perceptive viewers was lost when it became a central part of the story.

Overall, I highly recommend seeing Kubo and the Two Strings straight away based on its stunning aesthetics. Ignoring a subpar ending, this movie has no overt faults and is well worth dedicating your time for a sitting. Once again, I cannot stress how beautiful the entire film is, a definite standout in terms of animated features for 2016.